GRAFFITI - Pieces of the Berlin Wall 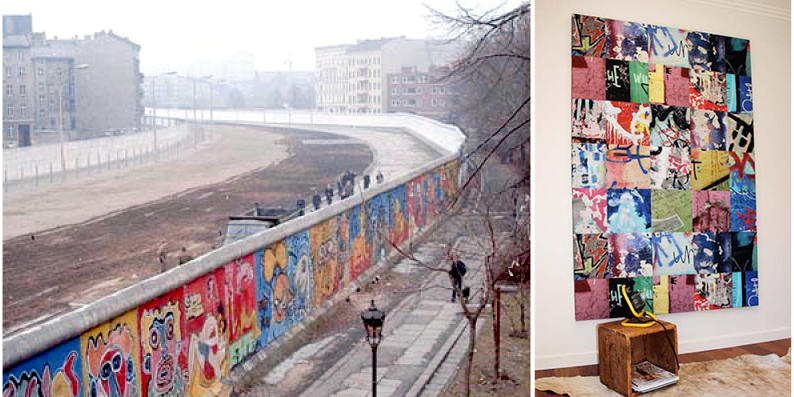 On the 9th of November it was 25 years ago since the Berlin Wall came down. The wall was separating the Eastern side of Berlin from the Western side. It was a symbol of The Cold War until it fell in 1989.

The west side of the Berlin wall was covered in graffiti. The East side was not.

Parts of the wall are on display or in private safekeeping all over the world. One section of the wall is in a men's room of the Main Street Casino in Las Vegas. Another section is in the gardens of the Vatican.

It was a wall with a purpose to divide, ultimately it united people from across the world.

Our GRAFFITI by Matilda Olsson celebrates this with a montage of pieces of the wall with inscriptions from people from all corners of the globe.